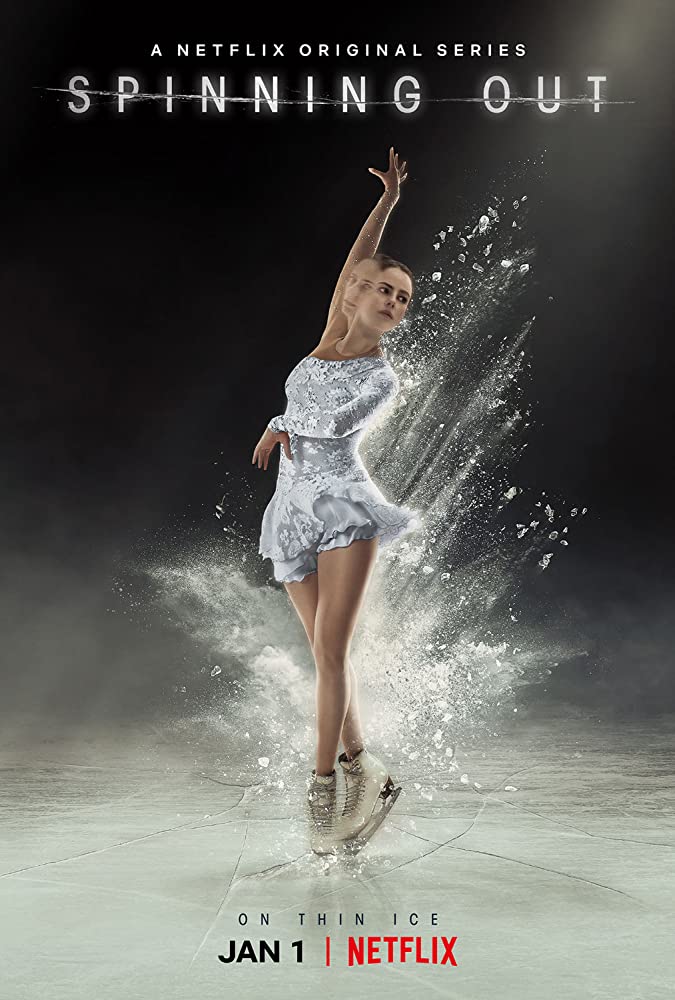 The star on the ice is Kat (Kaya Scodelario), an Olympic figure skater with the dream in her sights. Her dream shatters and her life is left spinning out of control as she falls during her routine, smashing her head on the ice. She must try and find her new path. Her little sister Serena (Willow Shields) is becoming a more and more talented ice skater as her mother Carol, (January Jones) shifted all her attention from Kat’s career to Serena’s. Kat is on the edge of giving up on her dream until an offer to partner with rich pro pair skater Justin (Evan Roderick) setting a new path to the Olympics. His coach Dasha (Svetlana Efremova) sees a raw talent in Kat. Kat has many challenges to overcome with the stress of a new competition, her past trauma and her own mental health issues to have a shot at the Olympic podium.

The series aims in on troubled families, relationships and mental health issues while dealing with an Olympic-level of pressure. Kat struggles with her mental illness, the PTSD of her head injury, her sister eclipsing her career and an unstable mother. This would be enough for any audience to connect, relate and enjoy but they deliver us even more. A painful but entertaining love triangle and competition rivals amps up the drama to full throttle.

Being engrossed in the family drama is undeniably entertaining when following the Baker family.  Seeing how every member of the family is affected deeply by both the explosive parenting and the venomous pressure of succeeding in a sport that defies gravity craving the skater to have inhuman ability and effort to present a picture of unearthly perfection.

Even though the plot itself fails to land after every creative turn, the characters are the main focus. Focusing on such sensitive material, the characters represent the issues so realistic and believable giving the whole series a sense of realism.

Some urging worries may follow a series that focuses on more sensitive themes. When Kat starts self-abusing and self-harming then transforms into a beautiful figure skater could this be seen as glorifying? Kat isn’t supposed to be a good role model to the audience, but more showing that issues like these are more common than people think. You could be wearing a suit and be a successfully businessman or wear expensive dresses but under the surface you could be struggling. This series isn’t designed to trigger viewers to harm themselves, but to encourage asking for help when needed. To stop your life from spinning out of control.