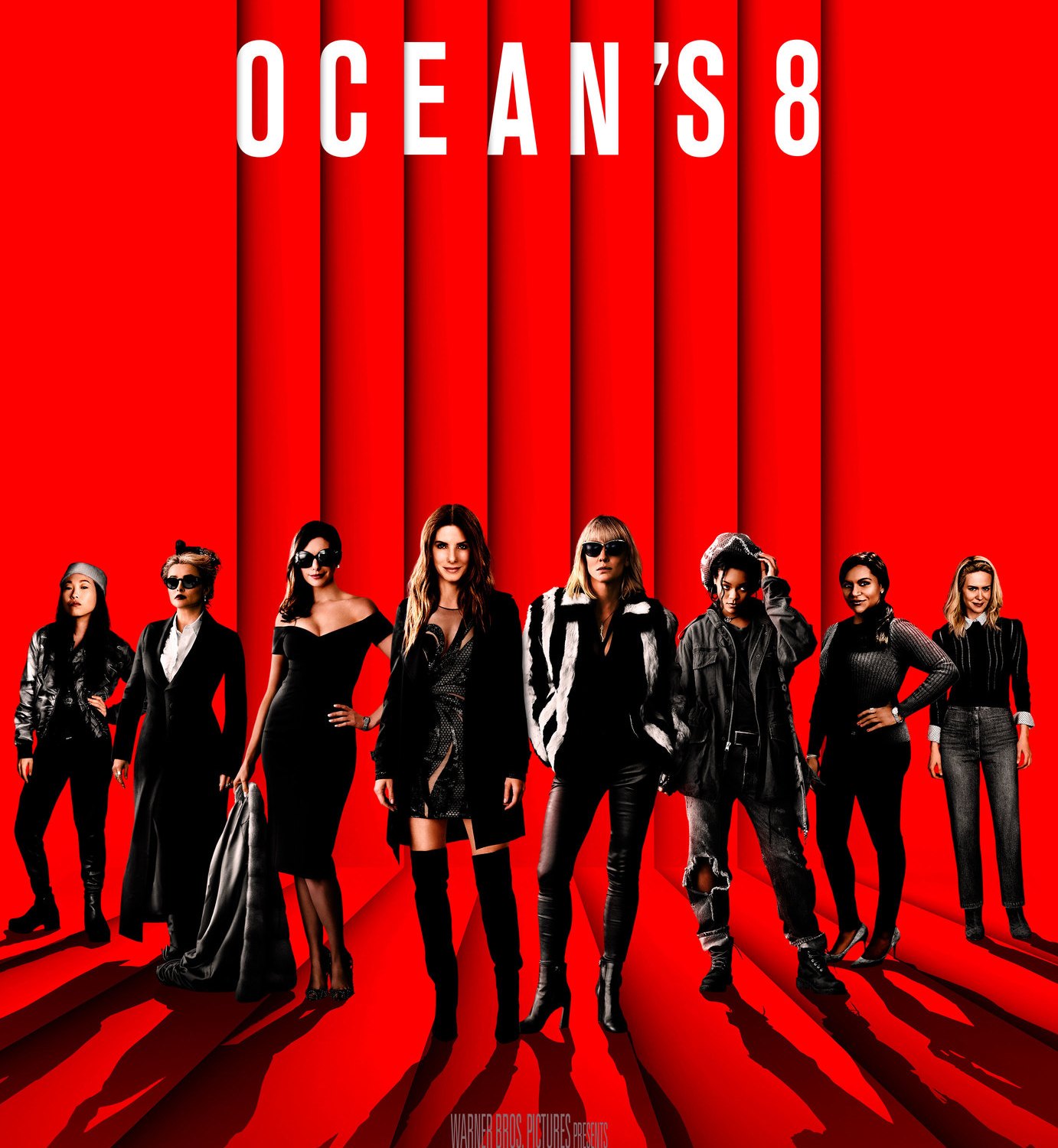 Moving into the new age of cinema, it was about time that an Ocean’s Woman spin-off was released. With a powerful cast this film shows that women can get the job done! The film had the same feeling as watching the original films – hence why I’ve rated it so high.

The film follows Debbie (Sandra Bullock), who is Danny Ocean’s sister. We meet her as she is getting released from prison mirroring the scene of the 2001’s Ocean’s Eleven performed by George Clooney. While she was in prison for 5 years, she had been plotting a plan for a masterful heist.

For her plan to work, she will need her trusty sisters-in-crime to be back in action to pull it all off. Reuniting her band of thieves we have Lou (Cate Blanchett), Amita (Mindy Kaling), Tammy (Sarah Paulson), Constance (Awkwafina), Nine Ball (Rihanna), and Rose Weil (Helena Bonham Carter).

Their target is near priceless jewels at the Metropolitan Museum’s exclusive Met Gala. Their chosen victim who will take the blame,  is the self-absorbed Dephne Kluger (Anne Hathaway).

It is hard not to compare this film with the original franchise, but it does deliver in sleekness, smarts and coolness, which is strongly in the veins for all the Ocean’s movies.

This film didn’t feel like anything new, but thankfully it wasn’t concentrating on cliches or the cast having strongly stereotypical girliness personalities – which would have ruined the film and angered the audience. Instead it’s a smart and well acted action packed film, that just so happens to star a strong female cast.

The film didn’t dive into any of the characters motivations, back stories or didn’t build an emotional connection to them. This gave me the feeling that this might not be the start of a series for the Ocean’s girls. The film didn’t have a villain either, apart from the investigators trying to solve the theft. This made the film feel slightly weaker than the other Ocean’s Films.

But the ladies brought the glamour and swagger to the party showing the guys that women can do it too! Will we see more ingenious heists by these lovely ladies? Only time will tell.